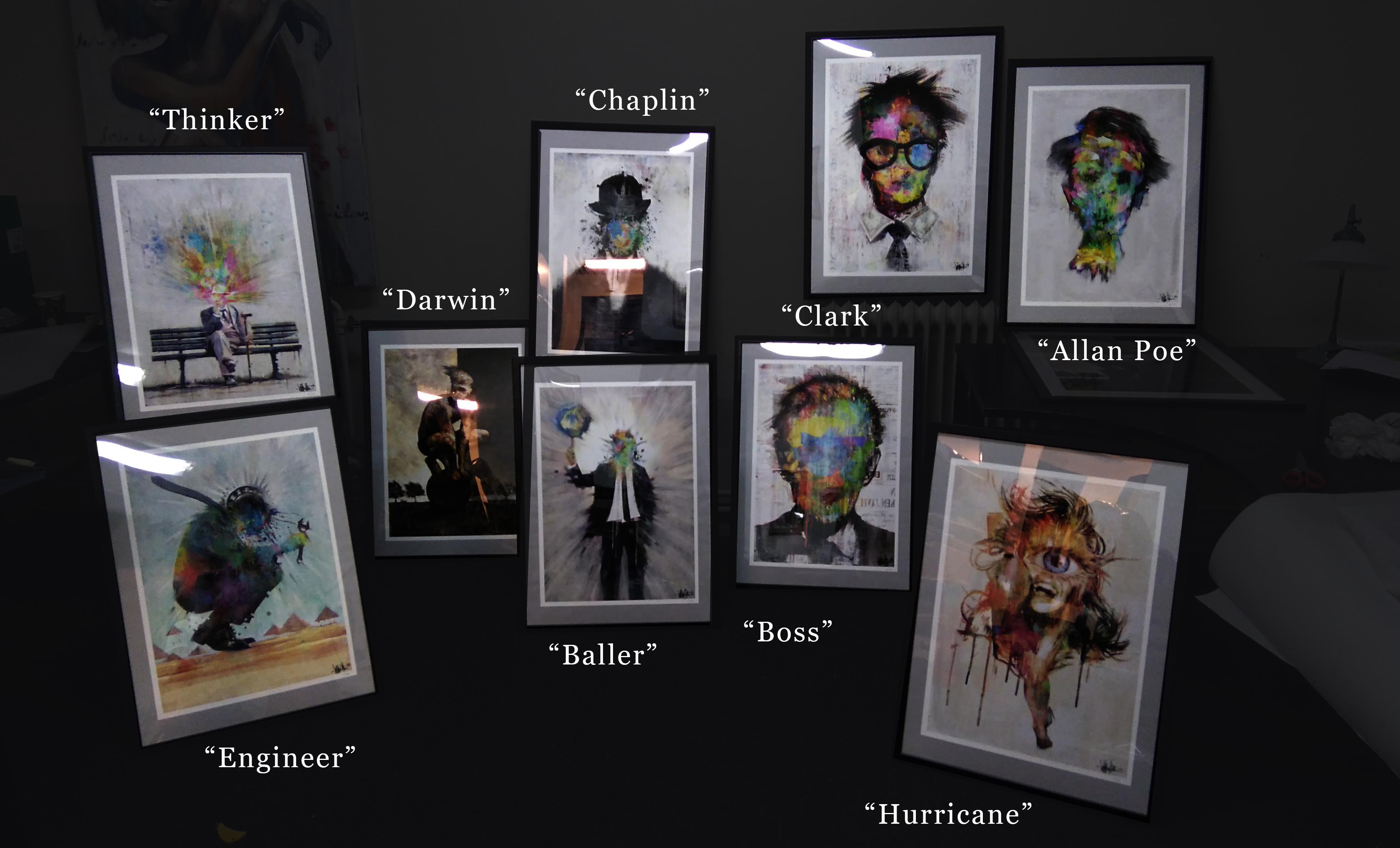 Mikael Hill is a Scandinavian-American artist and designer, born in Finland but lived most of his life in Sweden, his father is American and mother is Finnish. His artistic interest started already at a very young age. At the age of five he spent most of his days drawing Disney characters, this interest soon turned into his own cartoon characters, live pencil portraits and much more.

By the age of 13 he appeared in a famous Swedish car magazine by winning a design contest. The same year he also did his first design job with his father for a big company, ABB Group, in Sweden. Around this time his father also happened to buy an old used Mac computer, which came installed with one of the first editions of Photoshop, and which became Mikael’s first impression with digital painting.
.
Mikael went on to study Virtual Design in High School, and Visual Art and Theoretical Philosophy at Stockholm University. Around this time Mikael’s interest in both traditional painting and philosophical ideas started merging in his art. Mikael had his first solo art exhibition in Stockholm, at Mariatorget, in 2011.

In 2013 Mikael moved to Hollywood in Los Angeles, to further develop his artistic career, where he started working for some high profile names in the gaming industry, doing conceptual work and illustrations. In Los Angeles, Mikael also worked for a company in the printing business, where he learned more about digital painting and printing techniques.

After a year in Los Angeles, in 2014, Mikael moved back to Sweden to start his own art studio, where he now creates his digital and traditional artworks.

This message is only visible to admins.

Error: An access token is required to request this resource.
Type: OAuthException
Solution: See here for how to solve this error

Signup for news and special offers!

We use cookies to ensure that we give you the best experience on our website. If you continue to use this site we will assume that you are happy with it.Ok